The Chorleywood Residents’ Association 100 Club is open to all residents. We hold monthly draws for a top prize of £50 and three £10 prizes. At our AGM and the December meeting draws the top prize is doubled to £100 … all for just £30 per year (£2.50 per month) for each entry! You can buy more than one entry per household if you wish.

Thank you for choosing to support Chorleywood Residents’ Association by joining the 100 Club!  You can now do this using PayPal or a credit or debit card. It takes just a few minutes.

Simply choose how many numbers you would like by selecting an option in the drop down list. Each number costs £30 for the year and is entered into the monthly draw.

Then click on the Subscribe button and you will be taken to the PayPal checkout to complete the subscription.

You can choose to use your PayPal account or Check Out as a guest and use one of the credit or debit cards shown.

The first annual payment will be taken immediately and enter you into the monthly draw for the following 12 months. Further payments for the same amount will be taken annually unless cancelled in advance.

You can fill in the CRA 100 Club Application Online Form and set up a standing order with your bank, using this Standing Order form. 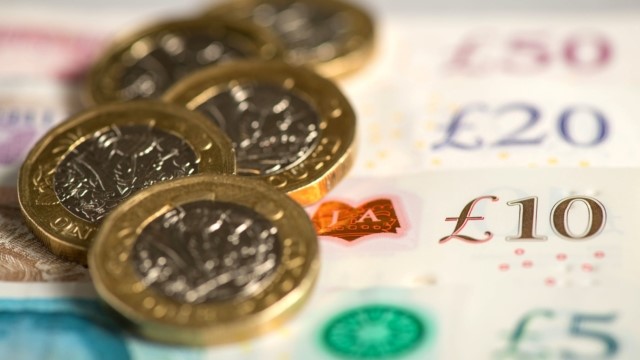 1. The name of the Club is the CRA 100 Club, which may be changed by the CRA Executive Committee as they see fit.

2. Membership of the Club will be by regular subscriptions for a minimum of one entry per month up to a maximum of five entries per month per person. The entry or entries for each member will be maintained by the Executive Committee for managing the draws.

3. Membership of the Club entitles members to participate in the monthly prize draws. The draws normally take place at monthly Executive Committee meetings (or at the AGM in the case of that month’s draw). Members are entitled to attend the prize draws.

5. Winners’ names will be recorded in the minutes, posted on the CRA website and in the CRA monthly eNewsletter. Prize winners will be notified by email, phone or letter and an appropriate payment made by cheque or bank transfer.

6. Membership of the Club will start from the month following the date of the first subscription received by the Club and will continue until Rule 7 applies, or until terminated either by the member or by the Executive Committee for any reason.

7. Membership of the Club will lapse if a member’s subscriptions cease or are not received.

8. In the event of permanent discontinuance of the Club by the Executive Committee for any reason, any subscriptions received in advance will be refunded. Termination of membership for any other reason will not entitle any member to a refund of any previous subscriptions.

9. New members may join the Club at any time and on receipt of their first monthly payment they will qualify from the next month’s draw onwards.

10. The Club will be administered by a sub-committee of up to three members nominated annually by and from the CRA Executive Committee. They will consist of the Chairman, Treasurer and any additional member to help with the administration of the Club as necessary. The sub-committee is empowered to deal with all matters relating to the Club and its decisions in any matters relating to the administration of the Club will be final.

11. The Club has a separate bank account managed by the Executive Committee with signatories from the governing sub-committee. Members’ subscriptions will be paid into and prizes paid out from this bank account. The Treasurer will transfer surpluses from this account into the main bank account of CRA from time to time for funding its activities.