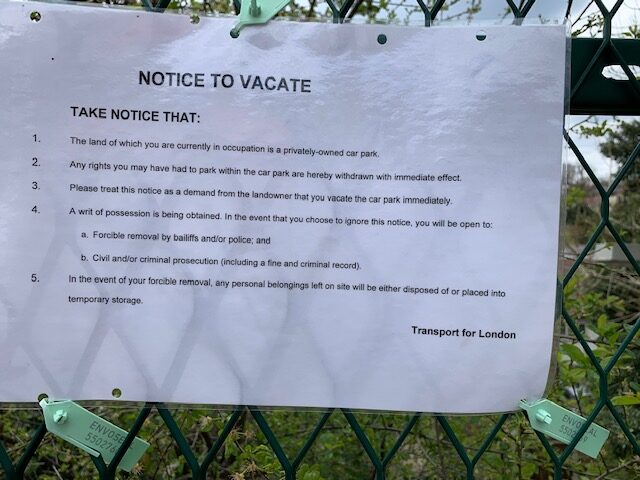 Eagle eyed users of the Station Car Park may have noticed some A4 signs, titled ‘NOTICE TO VACATE’, which seem to imply that all parking is banned.

Knowing that Transport For London (TFL) submitted the car park to TRDC as a possible development site, we were initially very concerned.  However, on checking with the station staff and TRDC, it has been made clear that TFL lawyers have instructed large Met Line car parks to display these notices.

They have experienced some difficulties with squatters and their vehicles on TFL land, and these signs allow them to react promptly when this situation arises.

This news item will be automatically archived on Thursday May 20th, 2021